Canada Day… the celebration of the birth of our fantastic, peace loving Nation. Ashworth Drainage prides themselves on their extensive Canadian knowledge?. How many of the following 5 Canada Day misconceptions were you aware of?

Canada Day is the day Canada become an independent country within the commonwealth.

Starting with factual confusion, eh? It’s okay if you believed this particular misconception, as Canada Day is only 3 days before the American Independence Day, and holds many of the same traditions; such as fireworks, beer drinking and over-the-top festivities. In truth, Canada day is a celebration of the day that the 3 British Colonies, Nova Scotia, New Brunswick and the Province of Canada, merged into the federation of four provinces (they split the Province of Canada in half to make Ontario and Quebec) now known as Canada. This day was originally known as Dominion Day, but was renamed in 1982 when the Canada Act was passed. 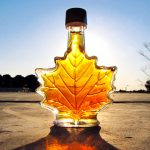 Wait, what? Yes, it’s well known that we, as Canadians, love maple syrup but isn’t this a bit over the top? Okay, maybe it is, but it’s a bit of a general misconception that we eat/drink an excess of maple syrup every day… The truth of the matter is, if anything, we sometimes party a little harder than the Americans; even if our methods are pretty well the same. Canadians drink alcohol in (usually) responsible amounts, and enjoy a higher alcohol content in their beers compared to our neighbors comparatively weaker beer. So we get drunker, faster, and more economically! What about our maple flavored alcohol? Well, what can we say; we love our maple syrup.

Canada Day is the day we plant our ‘Pucklings’ so that they ‘hatch’ through the ice in the winter.

For those that don’t quite get the reference here, apparently we Canadians aren’t born, we hatch from the ice. That’s right folks, every July 1 families hoping for a puckling of their own, go down to a river and plant their pucks; once winter arrives, we wait anxiously for our pucklings to hatch, as only the strong survive. The truth? It may come as a surprise, but Canadians are actually born in pretty well the same way every other human being is. In fact, we’ve got fantastic healthcare coverage here, a decent healthcare system, not to mention some of the best doctors and nurses in the world that call Canada home.

Canadians ride moose through their parades.

No, just no. Have you seen those things when they’re feeling mean? Couple that with their size, and we have a healthy respect for these majestic creatures. Besides, would you want to try and ride a 200-700 kg animal that stands as tall as 2.1 meters with horns and hooves that can do some nasty damage, and a boney back to boot? No thanks, so instead we ride horses, floats, tractors, lawn mowers and other motorized vehicles through our parades, if we even have one. We promise guys, we’re more or less normal human beings who celebrate just like you guys do. 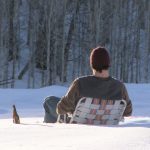 Hate to break it to you guys, but we do actually get warm weather that’s snow free! July is actually one of our ‘hotter’ months, and we can be seen celebrating our Nations Birthday in shorts, tee-shirts, dresses and other popular summer wear. We have to wear hats and sunscreen to prevent sunburn as well, if anything more so since July marks the beginning of ‘tanning season’. Sorry guys, coming to Canada in July for a skiing vacation is out of the question.

Tongue and cheek humor aside, July 1 is the day we celebrate the coming together of colonies to form something much bigger and better. We celebrate the proud Nation that we’ve become, and what it represents and upholds. It’s true we’ve got some weird habits (ice fishing), foods (poutine) and some confusing misconceptions about us as a whole (we say about, not ‘aboot’); but we’d have to say that overall we’re similar to our southern neighbours in the ways we celebrate. Don’t believe us? Why not come visit and celebrate with us, and experience Canadian culture at its finest!On behalf of all Canadians, I want to apologize for being AWESOME, all the time! Click To Tweet