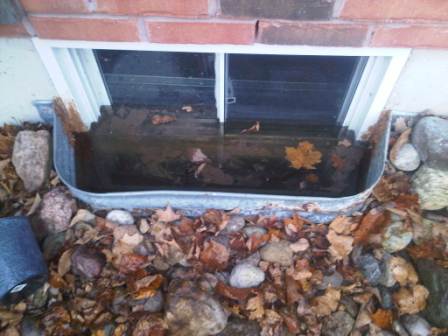 One of two things are currently on your plate right now, you’re either looking at installing windows into your basement and need to add some window wells, or you’re looking to replace a couple of currently existing window wells; either way there’s a couple of things you’ll need to consider before you pick up a shovel and attempt it yourself. If you’re not sure just what a window well is, it’s okay, we’ll help out there too!

Okay, so a window well is the barrier between your basement window and the soil, water and debris around it. Typically basement windows are either at, or just below ground level, so if you didn’t have a window well you wouldn’t get any sunlight coming in and your view would be just dirt. Window wells also offer an area of maneuverability just in case you need to climb out of your window in an emergency. Typically they’re a plastic or metal barrier that surrounds the outside part of your window; they have their own little draining system, typically consisting of gravel or 1’ round stone to act as a barrier between any debris and dirt, and the drainage system below that shifts the water down and away from your window. 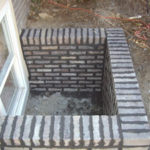 Which leaves the question: should you install one yourself? Even if you’re replacing an older window well that isn’t draining as well as it needs to, generally we suggest you call in a professional. While a window well is a simple concept, it involves not only a lot of hard labor; but if installed incorrectly it can cause some pretty serious issues down the road. Some of these issues can including the usual threat of leaking and the damage associated with it, but also the damage you could potentially (and unintentionally) cause to your home’s foundation. The work that’s involved also depends on where you’re draining the unwanted moisture, as you have 2 drainage options. You can have the water drain into your sump pump, or have it drain into perimeter drains, away from your home. 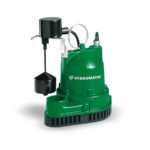 Now, if you already have a window well, and you’re currently thinking about replacing it because you’ve noticed that your basement window seems to be leaky, hang on just a sec. Window wells, while they’re fantastic at what they do, do require some maintenance; the window well you think is ‘broken’ could just need a good cleaning. Debris such as leaves and sticks can create barriers that don’t allow water to seep through the rocks as effectively as you need them to, or a buildup of dirt can cause a cement-like effect on the rocks. Either way, instead of draining effortlessly, you’ll see a buildup of water. Said dirt and debris can also clog the drain underneath the stones, thus hindering its draining capabilities. So before you pick up the phone to start asking around about installation or replacement of your window wells, shift the rocks and take a peek at what, exactly is going on. There’s also the potential issue of the well wall itself detaching from your home, don’t worry this can happen due to natural causes, such as your house settling, or the earth around the well wall expanding or shrinking due to cold and heat. Don’t worry, that’s totally natural, and is a minor fix. We do suggest once more to call in a professional, just so they can inspect the situation in that case, just in case the well needs to be replaced due to damage or natural wear and tear.

Naturally this can be delayed or avoided almost entirely through regular maintenance, this can be as small as taking a peek inside to see if there’s any debris building up in there (and cleaning it out of there is), or spraying the rocks with water to push the dirt back down and wash the area out. Rain helps, but most of the time it doesn’t offer the concentrated pressure that’s needed to shift rock and dirt so they can settle properly once more. Keep in mind, however, that maintenance will only extend the life expectancy of your window well; it won’t completely eliminate the need for small replacements here and there, as the drain may get clogged over time, or too much dirt may have gathered within the rocks themselves and needs to be dug out once more. Think of window wells as below ground eaves troughs that direct unwanted water away at a different level. 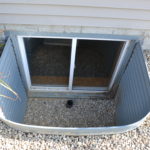 So to surmise, minor actions taken with window wells, such as cleaning and maintenance, is completely within the realm of doing it by hand; however, larger repairs such as reattaching the walls (unless they’re just disconnected by a bit and you can easily see how and where you can reattach it) or replacing the drain, we recommend calling a professional. Installing or replacing window wells entirely, we strongly recommend calling in a professional as there are a lot of things that could go wrong if the window well isn’t installed properly. Of course, if you’re not sure about where you stand with window wells, and your level of need with them, we here at Ashworth Drainage would be more than happy to give you a hand. As a drainage company, this falls within our specialty, and we want nothing less than the best for your home. We can completely understand how it may be confusing or uncertain as to exactly what you need in regards to your window well, and we’re more than willing to sit down and explain, one on one, exactly what needs to be done. Best of all, we’ve got the tools and skill set to pull it off for you, and we’ll treat your home as if it were our own! For now, however, we’ll leave you with the wish of a clean well and a dry basement.