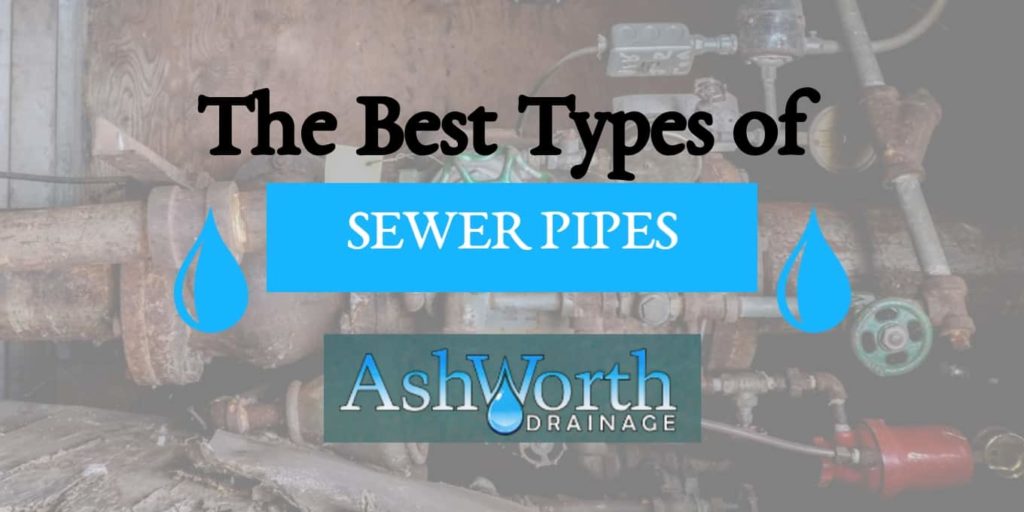 Do you ever wonder about what types of sewer pipes and materials go into basement waterproofing? It can be more complex than you think! Not just all concrete and earth, the drainage systems that divert water away from homes and protect them from flooding can be made from very different materials.

The Many Types of Sewer Pipes

Depending on the age, location, and preference of the owner or builder, your sewer and drainage pipes will be made from one of three materials: clay, cast iron, and PVC plastic. Older homes are more likely to have clay or cast iron sewer pipes, but today, PVC pipe is the most widely used material for drainage and septic systems in newer builds. But is it the best?

It almost sounds medieval, but clay is still a good material for sewer pipes in the 21st Century! Clay is the most natural material of the three, and it’s still used almost as a legacy. This can be attributed to its strength, as clay pipe systems can last a very long time. The structural integrity of a clay system has helped it endure as long as it has, and it won’t flatten or buckle under a large load of water-soaked earth. 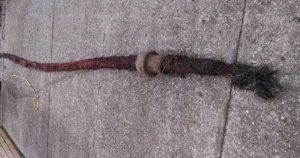 Tree Roots Invading a Clay Pipe from The Plumbing and DrainCo

Clay’s drawbacks are due to its difficulties in working with it: it’s a heavy material that is hard to cut. While clay is resistant to chemical degradation (and thus good for moving waste), it’s very porous, which makes it attractive to roots that can grow into the pipe and break it.

Also commonly found in older homes, cast iron is the strongest material available for piping – a 4-inch sewer pipe can withstand more than 4,800 pounds of pressure! Despite being impermeable and resistant to the effects of plant growth, the problems with cast iron are similar to that of clay, making it a secondary choice for drainage today. The weight and durability of cast iron mean the pipes are hard to handle and require special pipe cutter.

Whether it’s cast iron or clay, as long as the materials hold up they won’t need to be replaced. There’s no reason to yank out an older sewer or septic system just because of the materials from which it’s made. If repairs need to be made to clay or cast iron systems, though, usually the sewer pipes will be replaced by PVC.

PVC is the material of choice for drainage experts, builders and homeowners because of its cost and ease of use. It’s very lightweight and malleable, making it the easiest to install, but it also has a good strength that makes it very durable. It’s resistant to root damage, and the smooth interior of the pipes let waste move easily towards the sewer or a septic tank. Overall, PVC has the lowest chance of damage and need for repair, and when it does, it’s the easiest to install.

While all the materials have their good aspects, PVC pipe is the best choice for homeowners having problems with their sewer and septic systems. Don’t go tearing up your system just because it’s clay or cast iron, but if you have these and are experiencing backyard flooding, excess water around the foundation, and other drainage problems, it might be because the pipes are leaking or broken and need to be updated. And remember, Ashworth is just a phone call away for everyday questions as well as drainage emergencies that might come up!