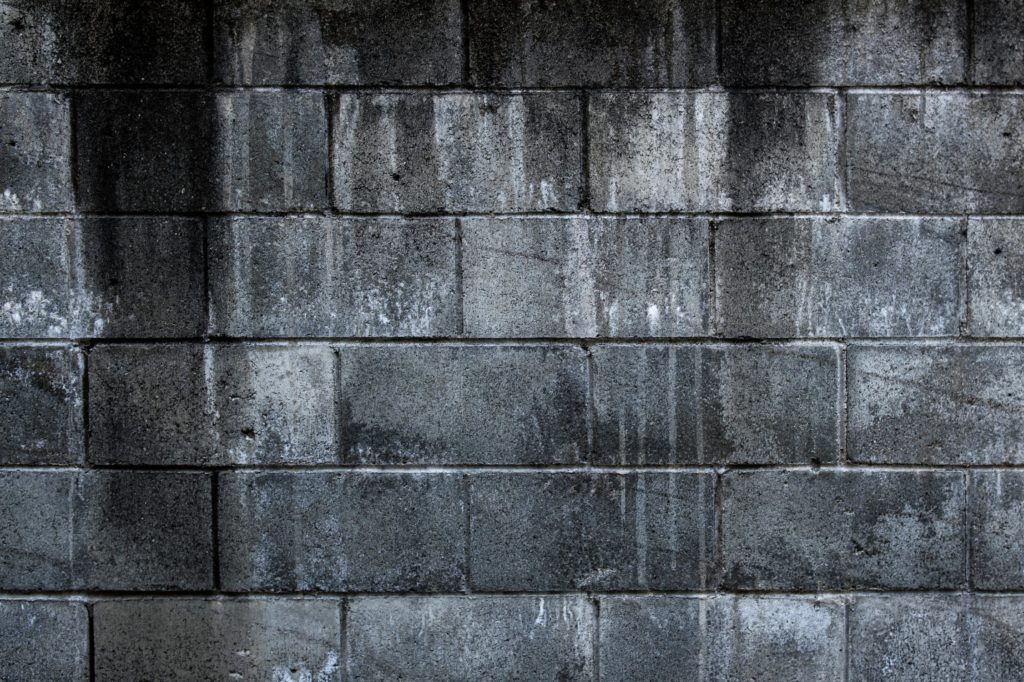 Concrete block foundations have their benefits, though these days, you’ll find them supporting older homes. Because they are rarely solid in the middle, the cinder block used for foundations can develop unique problems. How would we approach repairing this kind of basement wall?

Most cinder block walls are made with blocks 8 inches high, 8 inches thick, and 16 inches long. These blocks have spaces inside, called the core, and the concrete used to make them is called the web. A center web connects the flat faces on either side of the block, with two additional webs at each end with ears creating a narrow void between two touching blocks.

Concrete block foundations are strong when used to carry vertical loads. They begin to fail when a heavy load pushes horizontally against the foundation, and the most common culprit for this is waterlogged soil. The results are cracking in the mortar joints and walls that bow inward, but you might notice issues like water damage before anything structural.

How To Repair A Bowing Basement Cinder Block Wall 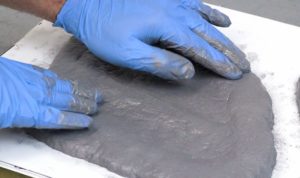 If you catch the signs of a bowing basement, there are two repair methods. The first solution is digging the dirt out from around the foundation, twisting augers into the surrounding soil, and using tie rods to pull the wall back into place. It’s a task that requires more work on the part of your contractor, but if performed well, the only noticeable result is a straight, flat wall. With the soil dug out, we can repair any holes and cracks and replace the missing mortar.

The second method is more suitable for unfinished basements. It requires the installation of steel I-beams on the inside of the wall. The beams are attached to the basement floor and joists to stop the wall from bowing inward and withstand the bending load on the wall.

How To Repair Cracks In The Mortar

Cinder block foundation walls have mortar joints on all sides of the blocks, creating a weak point through which moisture can seep into the basement. Most mortar joints will develop hairline cracking over their lifespans from the expansion and contraction of soils. This swelling and shrinking occur every year due to soil moisture levels; over time, the hydrostatic pressure can worsen hairline fractures while forcing water through even the tiniest cracks. 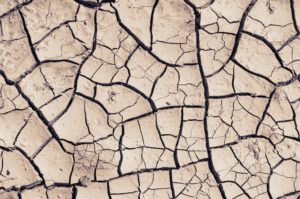 Unlike the cracks in poured concrete foundations, pressurized injection is not a good way of sealing up concrete block foundations. The cores and webs make it unlikely that the injected resins will reach and stay where water is penetrating the foundation.

You can fill in the cracks superficially with mortar, but whether this is appropriate depends on the cause of the cracking. Small hairline cracks that come from age are one thing; vertical and horizontal cracks across the wall – and even in the blocks themselves – require much more intensive intervention. Large cracks signal that the foundation is bowing, and unless you have it professionally repaired, the rest of your home will suffer.