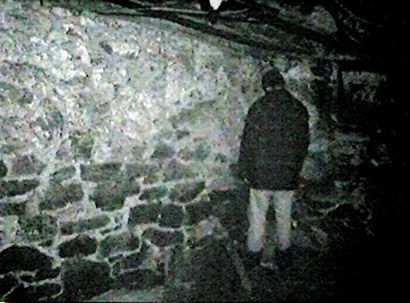 Some of the scariest movies of all time include basements in which some sort of evil being scares an unsuspecting victim. What scares us most about these basements is not the demon or ghost lurking around, but the potential for foundation leaks and damage due to poor drainage. We can’t help but cringe at people sloshing about in dark cellars, the sound of dripping water, and crumbling foundations. If the homeowners in these five movies had called Ashworth Drainage instead of letting their basements get worse, they would have been way less scary!

After our hero Ash accidentally lets loose the demonic forces of the Necronomicon, he journeys down to the cellar looking for more ammunition with which to fight the evil dead. As he rummages around the disintegrating basement, blood begins pouring out of cracks in the walls. It would have been a lot less frightening had the owners of the cabin called in a reliable drainage contractor. No blood would have been able to leak into the basement, which would’ve been great because that would have been super hard to clean up.

[Spoilers!] Who or what was standing in the corner in the very final scene of the movie left horror fans freaked out, but all we could do is recoil in horror at the damaged floors, crumbling walls, and gravel foundation of the old house. When spring comes, that place is going to be under water! Hopefully, the Blair Witch has us on speed dial.

Aliens have invaded earth, and they’re searching for humans off which to feed and power their ships. While Tom Cruise, Dakota Fanning and Tim Robbins try not to get caught by a probe, we just couldn’t help but wonder: “Who was taking care of that basement?” The characters had to stay quiet while standing up to their knees in water! They all would have been safer had the owners called and made an appointment to seal the foundation. Besides, everyone feels safer in a dry, finished basement.

Aliens have invaded and Mel Gibson and family take refuge in the basement (sound familiar?). The basement isn’t a great refuge though, and an alien arm grabs Mel’s son and poisons him. If he had been wise and contacted a drainage contractor before aliens had attacked, this weakness would have been pointed out and fixed. There’s nothing scarier than aliens and the potential for severe basement flooding that may not be covered by your insurance.

It turns out there’s a passage to hell in the basement of James Brolin’s new Amityville home. Good drainage and round stone treatment would have prevented hell from ever making contact with the foundation in the first place! The lesson here is to always make an appointment with a drainage contractor before buying a home. Maybe call a priest, too.