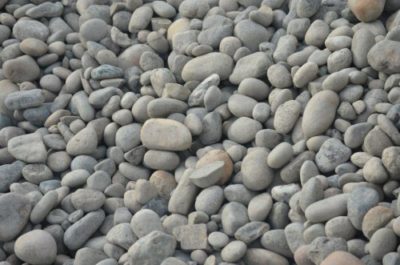 So you’re waterproofing your basement, a necessary task; but now you have an even tougher decision – which method do you want to use? With so many options out there, and with so many companies advertising one ‘fail proof’ method after another, it can get overwhelming. If there’s one thing I’ve noticed, is that when people are overwhelmed, generally they will go for an easy out. Of course some guidance is needed, and that’s why you’re here!So just what could be the easy out in waterproofing your basement? It’s already an inconvenient procedure; so there can’t possibly be anything else you need to look out for right? Wrong. Let’s face it, when you’re pumping a couple thousand dollars into a project, you’re going to want to make it last (at the very least) until the end of you or your home’s life; and unfortunately there are a couple methods out there that aren’t designed to hold up for that long. Let’s take a look at a specific one – waterproof membrane. Sure it’s quick, reasonably easy to install and cheaper than some other methods out there, but you get what you pay for. When you buy waterproof membrane, you’re purchasing a rubber-like sheet that the contractors basically glue to your foundation walls. That’s it. There’s no protection against the soil, and anything else lurking in said soil (roots, bugs, rocks), so they can feel free to wreak havoc on your expensive sheet of rubber. 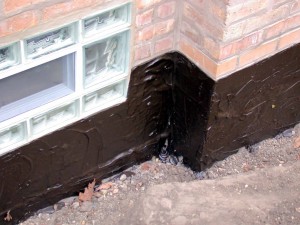 Don’t get discouraged just yet, there is a light at the end of the tunnel. There is a natural product that will protect your basement from leaks; and it’s not what you’d expect! Let’s take a look at 1” Round Stone, offered by Ashworth Drainage. Round Stone is exactly what the name says – a whack-load of 1” round stones (think gravel) would be poured around your foundation walls to keep the water out. Seems odd to be putting rocks there (which obviously are not waterproof) to keep water out of your basement, until you look at the science. Grab your lab coats and bear with me a moment. Waterproof membrane, as we established, is a plastic sheet. Plastic doesn’t allow water to move away from your foundation, it just acts as a barrier. So let’s say the membrane rips or breaks down, as it will over time, and some moisture gets in; where does it go? Nowhere. It’s being held against your wall, and seeps in through cracks despite the very thing that was supposed to protect it.

Round Stone, however, does the opposite. Instead of repelling water, stones in general will allow water to simply fall past it and into the earth below it. They don’t hold moisture, allow air to move within them (to a reasonable degree) and are a natural product. Still not convinced? Allow me to suggest a small experiment then. Get yourself a clear plastic cup, and put some rocks in the bottom – just enough to cover the bottom and possibly a little more. Add your dirt, and pour in some water. The dirt will absorb the moisture and hold it for either the sun to evaporate or to feed a plant. Excess water, however, slips past the rocks and builds up in the bottom of the cup. It doesn’t hold the water, nor does it repel it. Round Stone acts as a barrier between the soil and your wall, a barrier that allows water to slip by instead of accidentally just furthering the issue at hand.

Still not sure if Round Stone is what’s best for you? Feel free to give us a call at Ashworth Drainage 519-660-9375.  We would be more than happy to come out and assist you with your leaky basement problems. With 30 years of being in business under our belt, we are the guys to turn to. So good luck, homeowners, and may your basement be warm and dry!