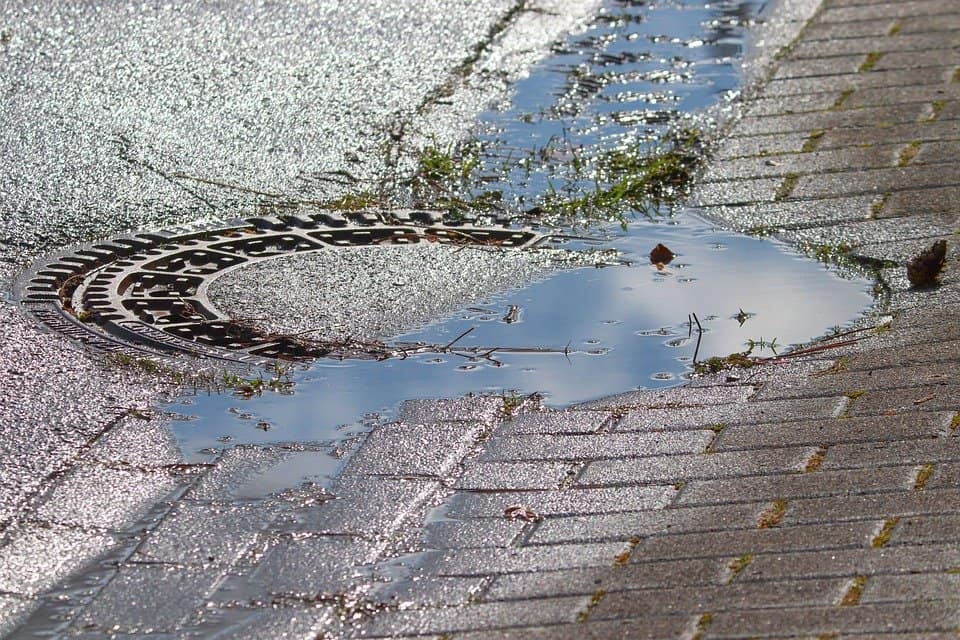 You see storm drains every day, and you know that they link up to the sewer system. Did you know that this system is different from the one that connects to your home? While it’s easy to assume that all underground pipes use the same system and head to a treatment plant, most cities have two drainage systems – one for rain and meltwater and another for waste.

You know that removing the rain and snow from around your foundation is important for keeping your home dry. But can you discharge the water using a sump pump connected to a sewer line? It depends on which part of our city’s wastewater infrastructure it connects to!

Some homeowners might find themselves quoting George Costanza from Seinfeld: “It’s all pipes! What’s the difference?” It’s a funny line, but George couldn’t be more wrong, because most cities (including most of his city, New York, and our city, London) have two different sewer line infrastructures: one for sanitary waste (sewage) and one for stormwater.

In most of Canada, it is illegal to discharge groundwater from your sump pump into the sanitary sewer; in London, it’s a contravention of Drainage By-law WM-4. There’s a very good reason for this and other similar municipal by-laws: cities want to avoid putting clean water into the lines that carry sewage and waste to treatment plants so as not to overwhelm them. 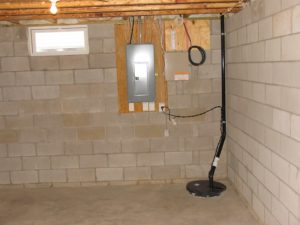 It might seem like the most convenient route for discharge, but when a sump pump connects to the sanitary line, there is the potential for sewers may fill beyond capacity. This, in turn, creates a heightened risk of water and sewage coming back up through your pipes and damaging your home.

Unless you or your construction company have made an error when connecting the sump pump, most homes will discharge water from the sump pit through a pipe in the wall of your foundation into either the yard or the storm sewer. Most newer homes have a sump pump that discharges in a grassy area that slopes away from the house. When setting this up, the preferable distance from the wall of the house is 1.8 meters (6 feet).

Many older homes have sump pumps that connect to storm sewers. This is usually okay because most cities have designed their storm system to handle large amounts of rainfall and meltwater. Underground pipes and open ditches carry this runoff and discharge the water into streams, rivers, and other surface bodies of water.

Note that Drainage Bylaw WM-4 also makes it against the law to discharge water in a way that hurts neighbouring properties, including property owned by the municipality. If your sump pump discharge does this – or it illegally connects to the City’s sanitary lines – give us a call and we’ll help you in a way that protects your foundation!